Summer Adventure in the Bavarian Alps

A glimpse into summer in the Bavarian Alps, through the sharp eyes of Explore Up Close intern, Olivia Reichwald!

The Alps host some of the most scenic views in all of Europe and are known for their towering snow-covered peaks. Although the Alps are most commonly accessed through Switzerland or Austria, I had the pleasure of enjoying the Alps from a quaint town in Bavaria, the southernmost region of Germany. The town of Jachenau is a prime tourist destination during ski season due to its proximity to the Alps, but it offers a unique look into the day-to-day German lifestyle during the summer months. 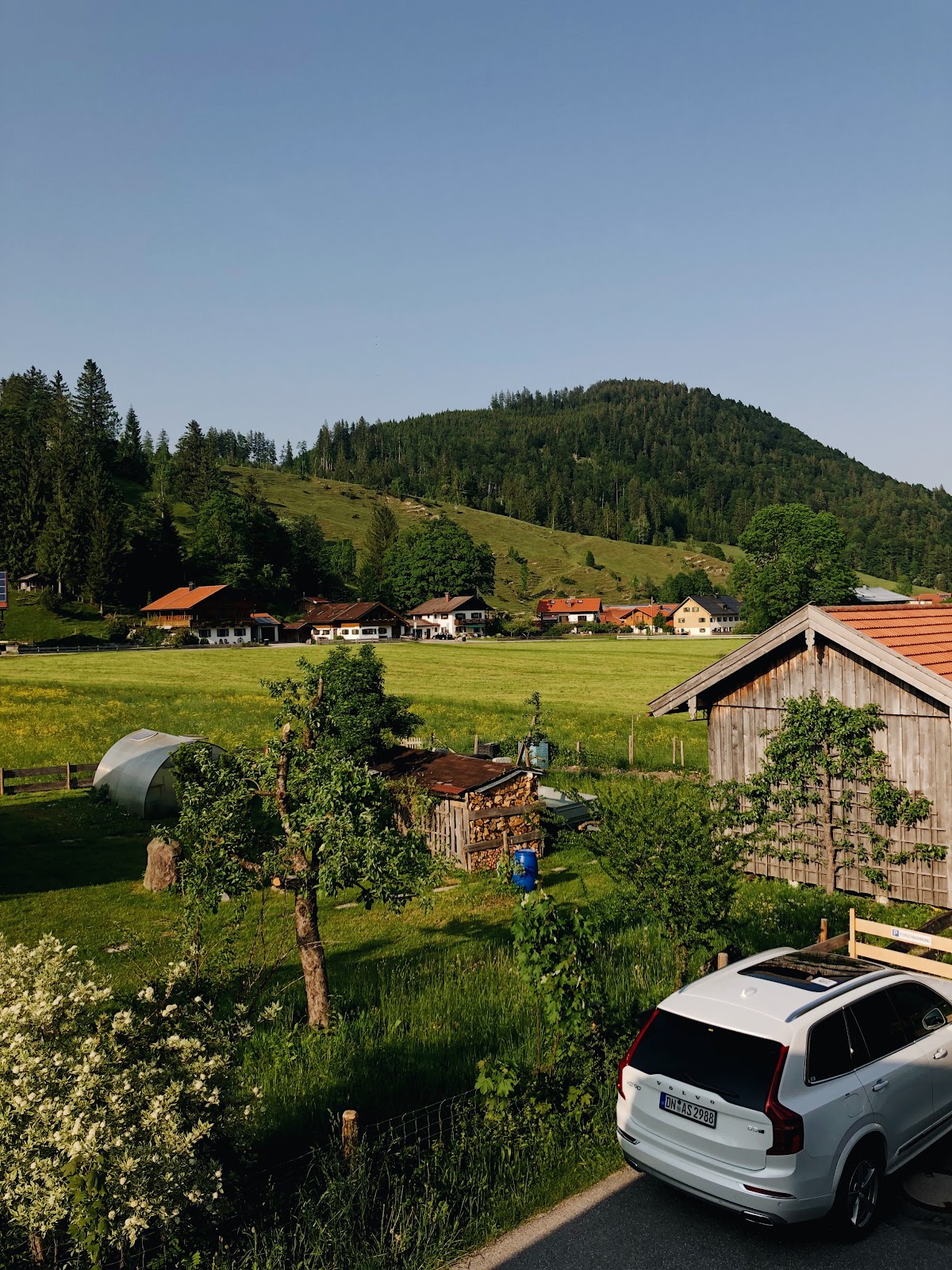 Upon arriving in Jachenau, I was immediately captivated by the rolling hills of green pastures and farms, and the crisp air was certainly a nice break from the humidity of South Carolina. The house where we stayed was situated in a small neighborhood backed by sheep pastures, in which we were able to watch farmers herd the sheep every morning and evening. The town itself has only one grocery store and one restaurant, allowing us to truly immerse ourselves in Bavarian village culture.

On our first full day in Jachenau, we went on an eight-mile hike up one of the nearby mountains. Although the locals rated the hike as “super easy,” it proved to be quite strenuous as we hiked continuously uphill until we reached the peak. However, the challenge was worth the view. As we began to near the top, we turned around and saw an incredible panoramic scene of crystal clear lakes nestled between majestic alpine hills. From the top, the Alps would have been visible had it not been a foggy day, but the view of the surrounding lakes was absolutely breathtaking. The Walchensee, the alpine lake situated next to Jachenau, has a turquoise hue that rivals the waters of the Caribbean and is surrounded by snowy hills and forests. 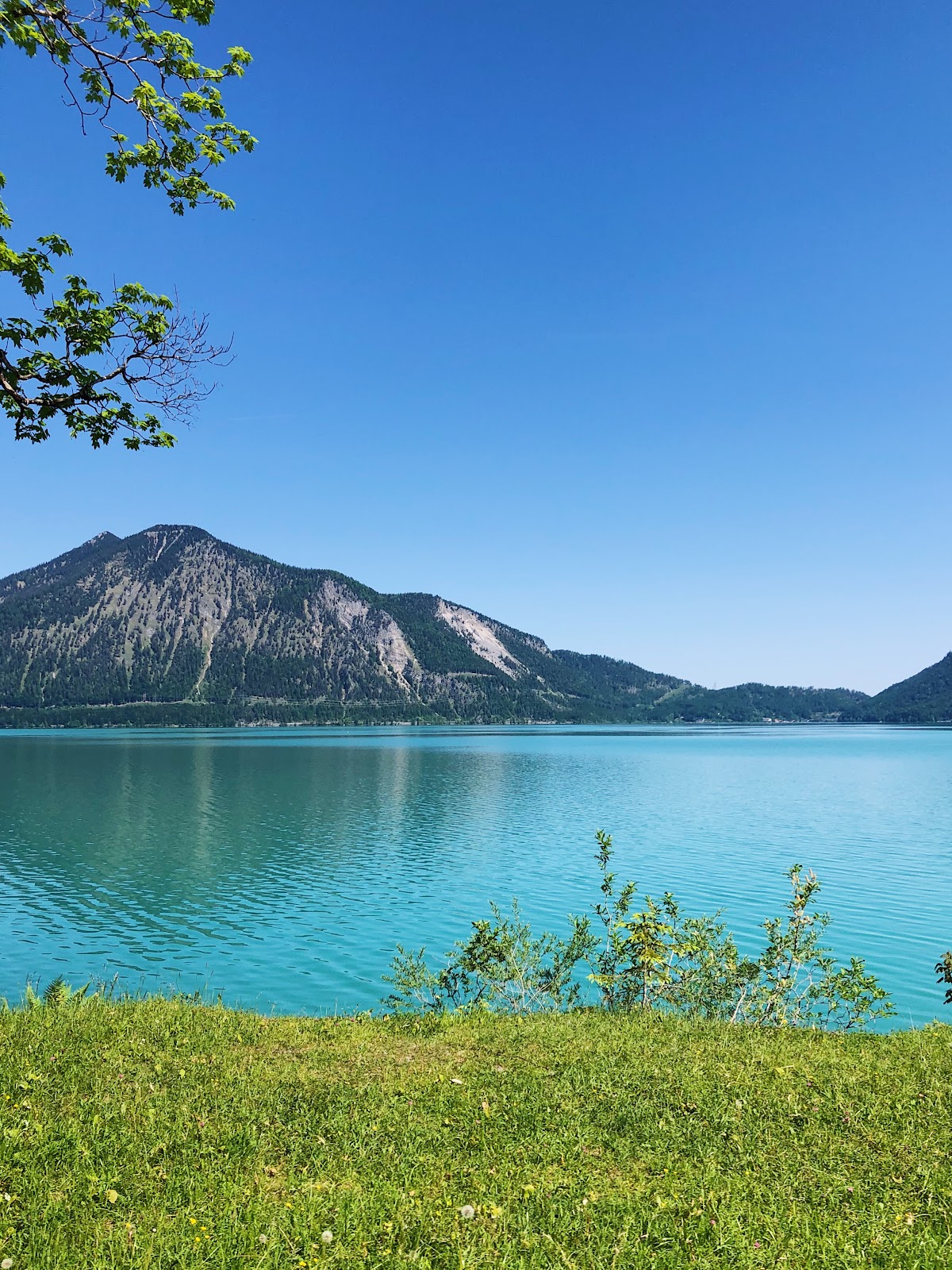 My father, who was on the trip with us and was born and raised in northern Germany, reminisced on his boyhood years of camping with his family by the Walchensee; these anecdotes made the experience especially meaningful for us. The view, however, was only one of the most rewarding parts of the hike. Just below the peak of the mountain sat a small restaurant frequented only by hikers or nearby loggers. The restaurant seemed to be the dining room of a woman’s house as it only held two large tables and lots of outdoor seating. The limited menu held only variations of meat and cheese boards and soup, but it was warm and homemade, which is exactly what we needed after the steep climb. 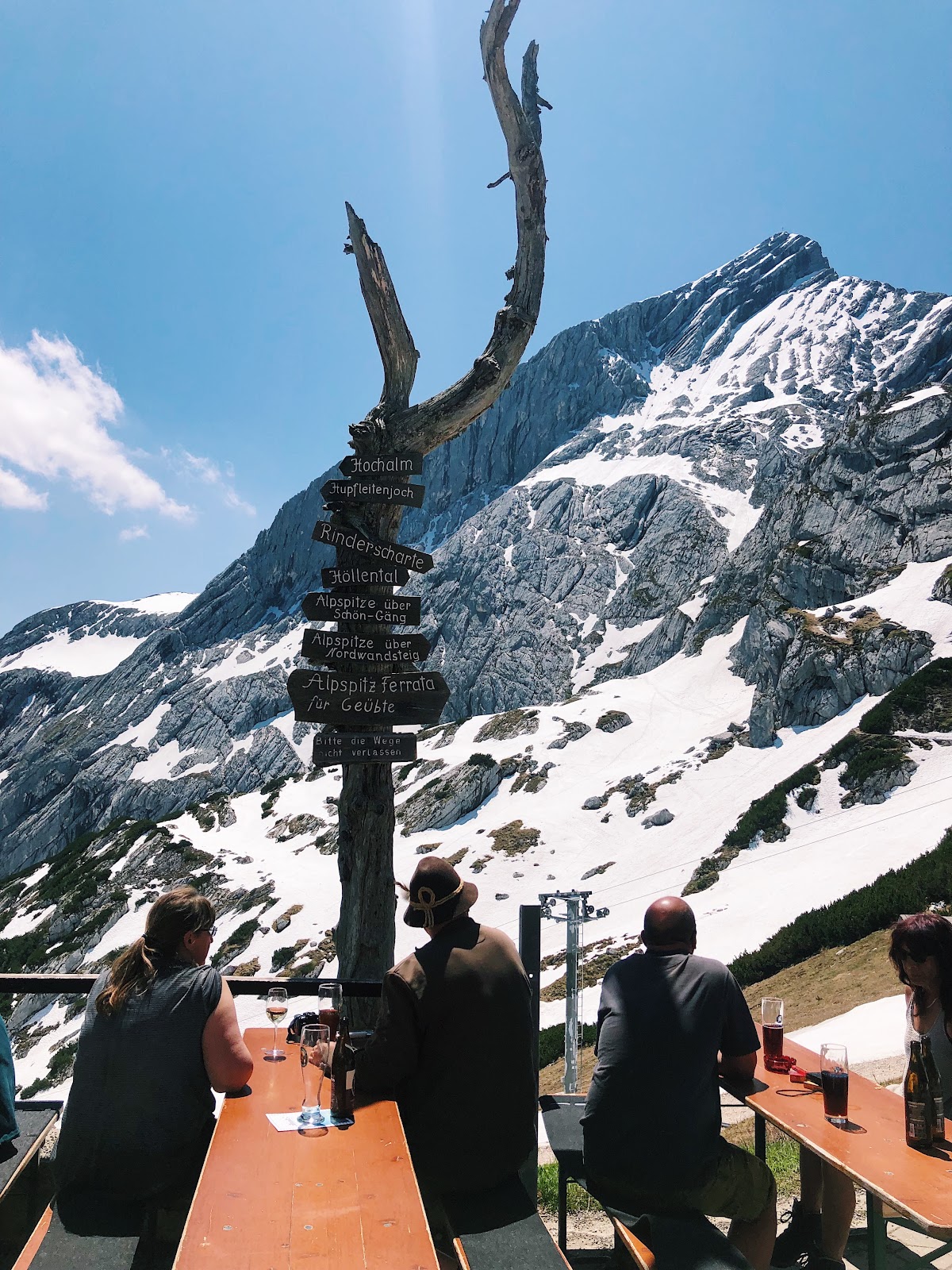 After a couple days of exploring Jachenau, we spent a day in Garmisch-Partenkirchen, a popular destination for skiers from around the world. At the edge of town sits the Zugspitze, the tallest alpine mountain in Germany. It can be hiked up, or viewed by ascending in a cable car. Still sore from the hike the day before, we opted for the cable car. Once we boarded the suspended metal lift, we launched toward the mountain in our ascent. During the five-minute trip, the landscape around us quickly transformed from lush forest into beautiful contrasts of alpine rock and glistening snow. We could see the Austrian Alps in the distance, and the Zugspitze was magnificently situated in the forefront. 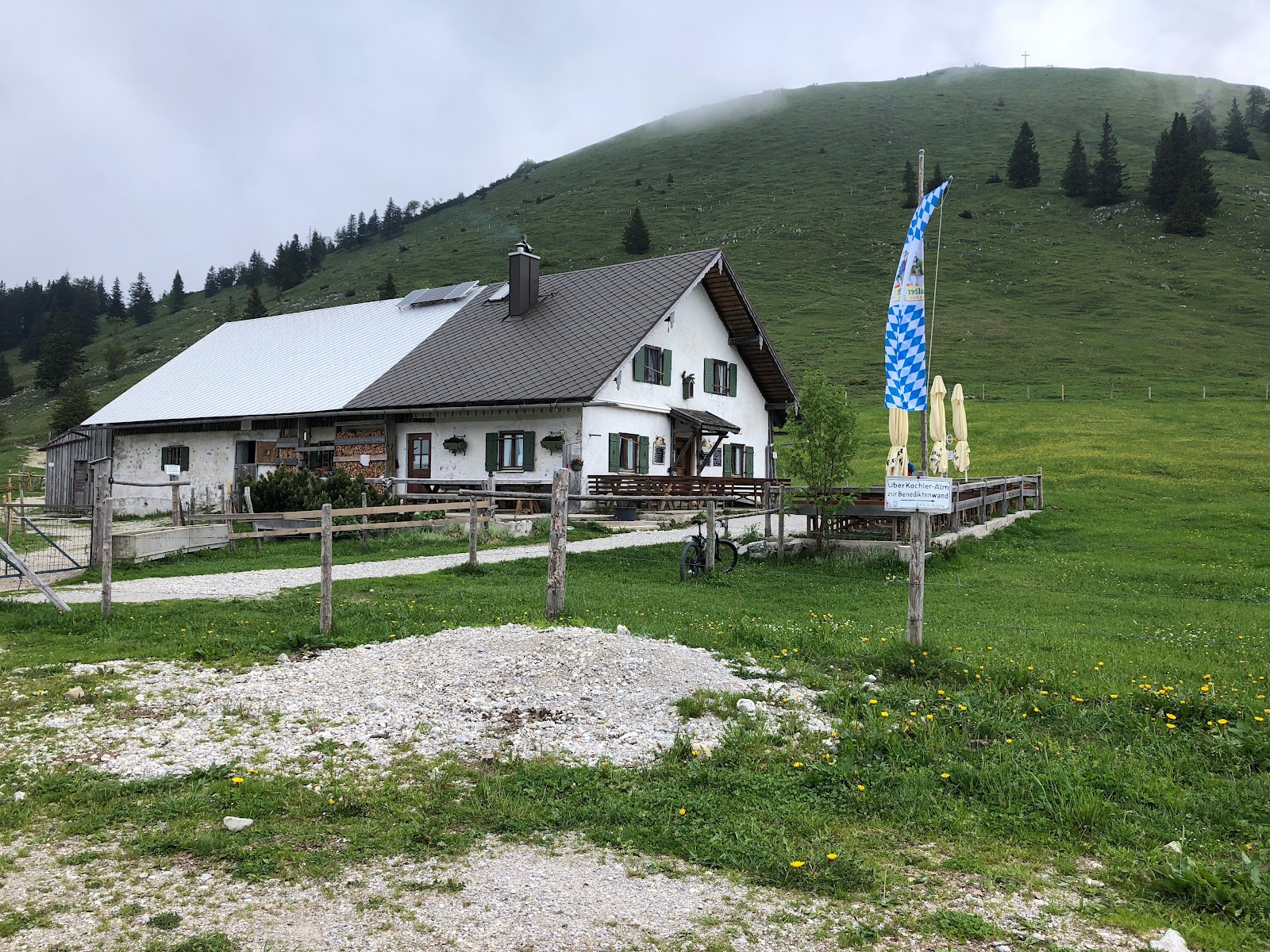 The next day, we drove north through Germany to visit family in Bielefeld, near Hamburg, and I was amazed by the variety of scenery that we saw, as we left behind the quiet alpine landscapes for the lush rolling hills of central Germany.

Text and photos by Olivia Reichwald